My Year of Delights

It’s time once again to see what’s happening on the streets of our sleepy little community of Albany, CA. This is a partial listing of the police log from last week, courtesy of the Albany Patch. http://link.patch.com/view/7rbk.1d/22798686

9:28 a.m. Someone reported a loud bass guitar on Brighton Avenue.

I’m assuming someone was playing it, and it wasn’t just wandering down the avenue.

3:19 p.m. Someone reported several teens in the 100 block of Evelyn Avenue smoking marijuana.

But 3:19 is after Albany High lets out, so at least they weren’t skipping school to smoke, right?

4:25 p.m. A woman went into the Police Department to report that someone had sent her several fake money orders.

All at once or was this a pattern?

7:06 a.m. Someone on Brighton reported “loud music coming from the back of the house” that “starts every day at 7 a.m.”

Oh, that darn bass guitar is at it again.

11:57 a.m. Police took a report of someone exposing himself to another person on San Pablo Avenue.

Now was that a bike that belonged to red girls or…oh, never mind.

5:10 a.m. Someone on Cornell Avenue called police to report a “recycling bandit being loud.”

I do wish those recycling bandits would learn how to steal more quietly.

11:48 p.m. Someone on Brighton called to report an ongoing problem of a “resident playing electric bass in the garage.” The caller said he or she “would like him to quiet down.”

Wow, that bass player is up early and stays up late—when does (s)he sleep?

Did the two males win or did the bat? It seems like an unfair fight if you ask me.

4:32 p.m. Police received a report of a woman stuck in an elevator in Bayside Commons Apartments on Pierce. Miscellaneous public service provided.

Miscellaneous public service provided? What other public service would be appropriate in this case other than freeing the poor woman from the elevator? Giving her food stamps?

12:24 p.m. Someone reported the theft of two boxes of books from the 1000 block of Talbot during the week after four cases were dropped off by UPS.

Woo hoo! Books are still considered worthy of stealing! Who said that the publishing industry was dying?

5:19 p.m. Someone visited to the Albany Police Department to report that his or her vehicle was missing after letting a “friend borrow it [a] couple months ago.”

Unfortunately it’s not a crime for a friend to turn out to be an unreliable snake. Although it should be.

7:23 p.m. Police received a fire alarm call on Santa Fe, with a report that there was smoke in the hallway and “birds confined” in the home.  Miscellaneous public service provided.

I understand that the birds would be bored just sitting in a cage, but how did the birds get a hold of cigarettes?

10:38 p.m. Police arrested a transient near San Pablo and Portland Avenue on suspicion of possessing a drug pipe.

I have to say that I am so happy that I live where most of the entries on the crime blotter involve loud music rather than gunshots.

Last weekend I attended a book reading at Mrs. Dalloway’s with my husband. The author was a former colleague of his in publishing. I always want to support local authors and independent bookstores, so I went with an open mind and no expectations. 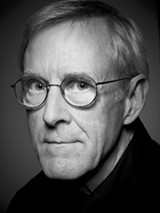 Before he read from his novel, Jim Cohee spoke eloquently about his path to publication, which I always find intriguing, but his was particularly so. Although he had wanted to write from a young age, he had fallen into the other side of publishing, becoming an editor at  Sierra Club Books. But the desire to write never went away, and at 60 years of age, he decided to give it a shot.

His first attempt received 50 rejections. And this is a man who has industry connections and knows the business!

Then he wrote The Swan, a novel with a ten-year old narrator who stops speaking after his sister dies. After his failure to get his first novel published, he didn’t even send out this second work until his wife pushed him. So he sent it out, expecting nothing.

Two weeks later he got an e-mail from an editor that opened with the words every novelist dreams of hearing: “I love this novel.”

So Jim Cohee is a debut novelist at 67. It makes me hopeful. It’s the kind of story that gives me that little bit of inspiration that all writers need to keep going.

Thank you, Jim. And I look forward to reading your book, which I’m sure will provide an additional burst of inspiration.

I know that I risk making enemies by making this simple statement, but I always tell the truth:

I never have writer’s block.

I really don’t. I could write 24/7 if I didn’t have to eat, sleep, go to work, do laundry, etc. And I also can’t understand it when I hear someone remark that it’s difficult to find things to write about. If you’re alive and thinking, there will always be things to write about. (Someone famous may have said something similar to this, but I can’t recall who.)

Now that doesn’t mean that everything I write is going to be fascinating to everyone out there. In fact, what interests me may not be your cup of tea. (In fact, I’m not  actually that interested in your cup of tea, but I don’t know much about it—maybe there is a wonderful untold story in your cup of tea.) But just doing my everyday thing, I come across lots of potential blog-worthy topics.

I was listening to the end of a radio show that was airing a City Arts & Lecture held in Herbst Theater in San Francisco. (I was sorry I hadn’t heard more of it because it was Tina Fey, and I love, admire, worship Tina Fey.) But at the end of the credits, I heard that the assistant producer of the show was a former student of mine. Kate Goldstein-Breyer was in my kindergarten class in 1984, and I haven’t seen her since I stopped teaching at San Francisco Day School in 1986. Memories rushed back, and I smiled, recalling the little spitfire that Kate was at age 5. I could go on and on about Kate, about teaching kindergarten, even about the crazy carpool that I was in that year with three other teachers who also lived in Oakland and taught in San Francisco. But actually, I’m not going to write about that right now.

When I was in the check-out line at the grocery store last Sunday, a voice called out  just loud enough for me to hear: “Fire in produce!” And then when everyone was trying to digest this bit of information, the voice repeated its urgent call with more volume and clarity: “FIRE IN PRODUCE!” The cashier at my check stand was closest, so he ran over to squirt the grapefruit-sized flame with the little hose they use to wash off the produce, only moments before another employee showed up with a fire extinguisher. But it was too late—the conflagration was history. Of course a customer had already dialed 911, so the fire truck showed up as I was exiting the store. It was a pretty exciting 90  seconds for a lazy Sunday afternoon. But I’m not going to write about that either.

I caught the end of an interview on the radio where the reporter was thanking her interviewee for his time. His field of expertise? Space garbage. Okay, his title sounded more scientific than that, something like orbit debris researcher. But basically he knew all there is to know about stuff that gets launched into space and lands (or doesn’t) back on Earth. I could definitely write a lot about that, and I didn’t even hear the interview.

So my point is—and I do have one—there is no shortage of topics on which to write. The only thing in short supply is time.

I get Greg’s poems regularly via his google group and enjoy them. Today I had to share his clever, simple, catchy poem with all my writer friends out there.

The work is hard, but I’ll get through it;
It won’t get done unless I do it.

Sit me down. Glue me there.
Keep my butt, butt, butt in chair! 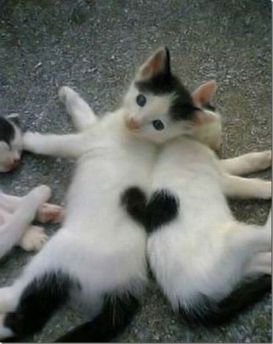 Or this photo of a cat in a toilet… 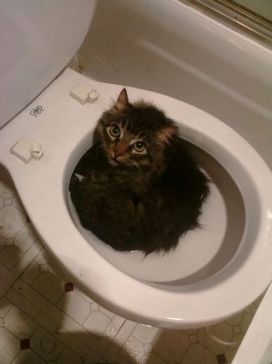 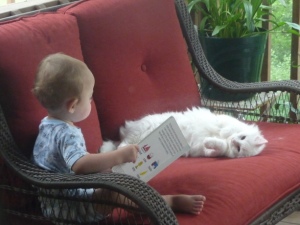 Or this photo of a baby reading to a cat…

But that’s absolutely the last photo of a cat that I’m putting in this post, except…

for a photo of my own cat. 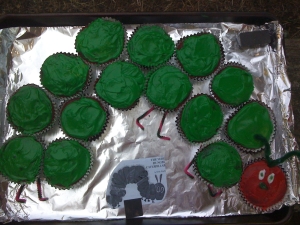 making cupcakes that look like the Very Hungry Caterpillar 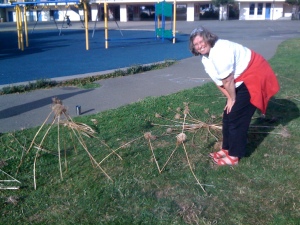 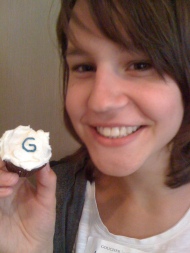 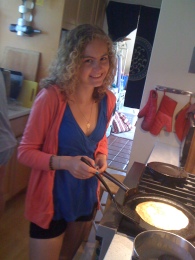 and  Magdalena from Austria 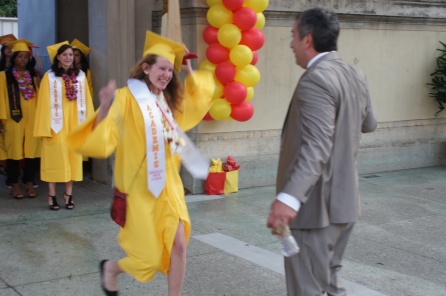 Sometimes I just have to remember to appreciate the beautiful flowers right in my own yard. 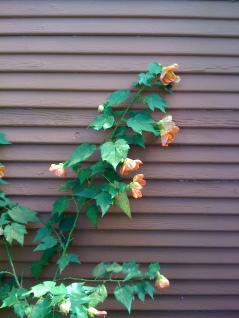 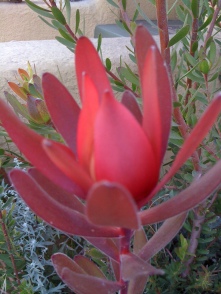 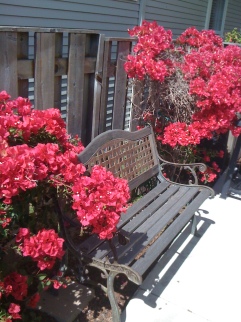