My Year of Delights

This poem is fiction. Well, it’s based on some true stuff, but just so you know: I did manage to submit both manuscripts.

To surpass the slush pile? A guaranteed reading? The rules are so simple, it’s scary

One is a humorous early-grade reader; the other is middle-grade fare

But family is coming. I’m hosting Thanksgiving—so much food to buy and prepare

Our family’s got two holidays to celebrate this year

Hanukkah songs and dreidel games will blend with Yuletide cheer

Neighbors will surely wonder at the mix of our décor

Unprepared, we find ourselves the host to one more guest

Who has time to write, revise, submit? I want to rest!

Every minute is taken up for twenty-seven days.

And even when the tree’s been placed, forgotten, on the curb

I can’t allow this opportunity to slip away

If I can concentrate, I know that I can get it done

Maybe if, instead of two, I focus on just one.

But which to pick? This has become a sort of Sophie’s choice

Submit the one for younger kids or send the stronger voice?

One has made the rounds already. I’ll work on the other.

Now to find the guidelines buried somewhere in my notes

In one of several binders inside one of many totes.

Which bag did I carry to the conference on that day?

Now I’ve missed the deadline, and all that I can say

I love going to my dentist.

I’m willing to bet that not many people have said or written that sentence.

First of all, because my brain is growing old and feeble, I forgot that I had a dentist appointment yesterday. At 3:10 I was putting on a pot of beans to boil when I got a phone call from my dentist’s office asking if I was still coming in for my 3 o’clock cleaning. Luckily I live two minutes away, so I dashed there and made it under the wire. How nice is that? They could have charged me for the missed appointment and just rescheduled, but someone at reception took a chance and rang me.

Second, my regular hygienist, Libby, asks about my daughter off at college and shares funny personal stories like we are old friends. She never hurts me or judges me when she’s scraping plaque and always lets me choose what color of toothbrush I want.

Dr. Roeder always has a cheerful smile while he describes what he’s doing in my mouth and why, even though I’m sure he has to say those same words several times a day. Because he has been my dentist for 23 years, I was worried that he might retire soon and asked him about it. He assured me that he felt no pressing desire to retire. He loves what he does and he’s cut back to three days a week, which gives him plenty of free time.

My favorite part is when he tells me my teeth and gums look great and I’m doing a good job taking care of them. It may not seem like a lot, but it’s such genuine praise. As a not-yet-published writer who’s received my fair share of rejection, I relish positive reinforcement whenever it comes my way. I was almost giddy as I left.

I know not everyone loves going to the dentist as much as I do, so I feel lucky. But if you do love your dentist, smile and be thankful.

As a member of SCBWI (Society of Children’s Book Writers & Illustrators, for those of you who don’t write children’s lit), I get to go to events like the one I attended today—a panel of three debut children’s authors, Prudence Breitrose, Lisa Schulman, Corrine Jackson, and illustrator Alice Feagon.

Each gave the fifteen-minute story of how she came to be published. They were all quite different paths. And none was easy. (Of course if it were easy, it would only take three minutes to tell the tale. And that would probably make for a pretty boring—and short—event.)

It occurs to me that their personal journeys to publication were rather riveting stories themselves, with many of the same elements that a good book has. The protagonist wants something very badly and makes several attempts to get said thing until she finally gets it, only to find out that it’s not as great as she thought at first. But through either perseverance, wit, or possibly experiencing some epiphany, the protagonist figures out what is truly valuable and learns from her journey. Doesn’t that sound like the outline of every best-selling novel ever written? Well, that’s what trying to get published is like, except that many of our stories don’t have the happy ending.

There were certainly common threads among the three writers. They all sent out their manuscripts to a large number of agents. (Interesting side note: Corinne Jackson sent hers out in groups of eight.) All three did quite a bit of waiting and received numerous rejections. Shared high points were getting accepted by an agent, landing publishing contracts, and seeing their books in print for the first time.

The differences lay mostly in the low points of their roller-coaster rides. 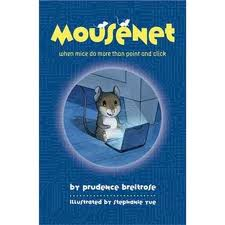 Prudence was told that her mouse characters were wonderful but her humans didn’t have depth. This was discouraging, since she herself is human, so she thought she was pretty familiar with the species. Then after she revised her humans, many publishers decided they already had their mouse books for that season and didn’t need any more. But I think the toughest pill to swallow was when two-thirds of the illustrator’s pictures didn’t actually reflect her story (e.g., the brother is clearly older than the sister in the manuscript but is depicted as several years younger), Prudence was asked to revise the text to match the drawings, and her publisher even added a paragraph to her contract that stipulated that she had no say whatsoever on the illustrations. That’s just wrong.

Lisa really tried to give her first two agents a chance to sell her book, but neither one worked out. And the blogger/reviewer who decided to trash her debut novel (most likely to provoke comments on her blog) did some real damage, even when professional reviews were glowing.Corinne’s editor loved Touched, but said she had to trim it from 140,000 words down to a maximum of 100,000, which is as long as a debut paranormal YA could reasonably be and still sell. But there were only a few scenes that could be cut entirely, so Corinne went line to line, snipping a few words from each to get rid of almost a third of her manuscript.

Nobody said getting published was easy, and these stories prove it. Now a more rational person might conclude that it wasn’t worth it. Toiling for years on a story, suffering multiple rejections, continuing to work at a full-time job while writing and revising, not getting any feedback, getting contradictory feedback, getting questionably motivated negative feedback—why put yourself through all of it?

What they all had in common was their perseverance and their love of writing. (And of course that they all finally did get published. It would just be depressing to have a panel of unpublished authors.)

Their stories are really the inspiration I need to keep going. I don’t need to believe it’s going to be easy; I know it’s not. I just need to know it’s possible.